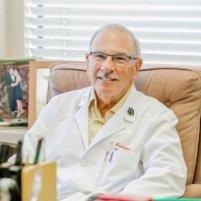 Ultrasounds are well known for giving expecting parents the first peek of their baby. They’re also an essential diagnostic tool used to identify the cause of a number of gynecologic problems. Dr. Stephen Weinstein performs ultrasounds on-site so you don’t have to wait for results or spend time traveling to another facility. If you have any questions about ultrasound diagnostic procedures, please call his office in Walnut Creek, California, or book a consultation online.

Ultrasound is an imaging technique that uses high-frequency sound waves to produce pictures of organs and structures inside your body. The sound waves are emitted from a transducer, travel safely through your skin, then bounce off organs much like an echo. After the waves are reflected, they return to the transducer, which relays the information to a computer that displays the image.

This is the type of ultrasound done on pregnant women to see the baby. The transducer is placed against your abdomen, then moved across your belly, sending sound waves toward the uterus.

A long, narrow transducer is placed inside your vagina. From there, the sound waves can be directed toward pelvic organs without having to pass through your skin, so it produces a clearer image.

How is ultrasound used in obstetrics?

Ultrasound is safe to use during pregnancy because it doesn’t rely on radiation. Dr. Weinstein usually uses ultrasound to evaluate a baby’s growth and development during the second trimester, but an ultrasound can be performed any time during your pregnancy.

An ultrasound during the first trimester can verify you’re pregnant, estimate the due date, and rule out a tubal pregnancy. Dr. Weinstein can often identify your baby’s sex during the second-trimester ultrasound after 20 weeks. While the baby’s external genitalia are visible at that time, the baby’s position may block the view.

How is ultrasound used in gynecology?

Dr. Weinstein diagnoses many gynecologic health problems using ultrasound imaging. Transvaginal ultrasounds allow him to determine the cause of pelvic pain and abnormal bleeding. Using a transvaginal ultrasound also makes it easier to evaluate the size, shape, and position of your reproductive organs and the presence of fluids or masses.

A few of the most common conditions diagnosed with ultrasound include:

Dr. Weinstein performs ultrasounds in the office, so you don’t have to worry about the inconvenience of traveling to another facility. Call the office or book an appointment online for an ultrasound consultation.